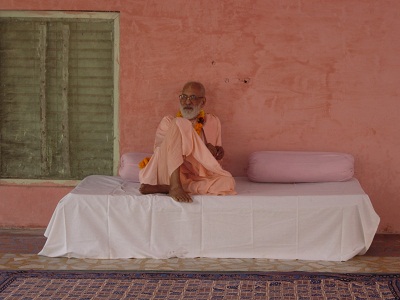 The following  excerpt "In Madhurya-rasa" is  from the book, My Siksa Guru and Priya-bandhu.

Prema cannot be contained within this body. One with a material body can attain up to the stage of svarupa-siddhi. Yet we see that rasika-bhaktas (those who are already internally situated in their exchanges with Krsna in His lila) have prema and also appear in a body. We should understand, therefore, that their body is not a worldly material body. This body cannot bear to hold prema. In such a mood of separation, this body would burst in pieces.

To understand this we must do sadhana bhajana and become qualified. Swamiji was always in that mood, but he did not externally manifest it. He kept it as a seed within himself. For his preaching purpose he had to suppress all these actual moods. His prema was displaying itself inside, but it was not fully manifested externally. Otherwise all would have been madness and the preaching would have been stopped. The uddipana (stimulus) was always there, but inside. When he went to the West there was uddipana for preaching. He preached "You are not your body" and he preached Gita, Jagannatha worship, etc. At the end he came back to Vrndavana Dhama to relish all the internal things; he was always deeply hearing and chanting Hare Krsna. Some could see this mood of his, others might not have been qualified to realize it. He told us, "My home is in Vrndavana." Home means his loving home, his real home.

Srila Swami Maharaja was surely in madhurya-rasa. Some may say, why not sakhya-rasa? I am not denying this because in madhurya-rasa everything is there. In madhurya-rasa all other rasas-- vatsalya-rasa, sakhya-rasa, everything is included there. So it may be said that all rasas were in him; he was not deprived of sakhya-rasa. He had written some things in his poems and he had special affection for Gaura-Nitai and Krsna-Balarama, we know. But Swamiji was certainly also in madhurya-rasa, because his sannyasa-guru, my Gurudeva, gave him the sannyasa-mantra, the gopi-bhava-mantra in our Rupanuga line. Just like Srila Rupa Gosvami, Srila Jiva Gosvami, Srila Bhaktivinoda Thakura and his Gurudeva, and just as he wrote in his realizations in the purports of his books, he was surely in madhurya rasa. 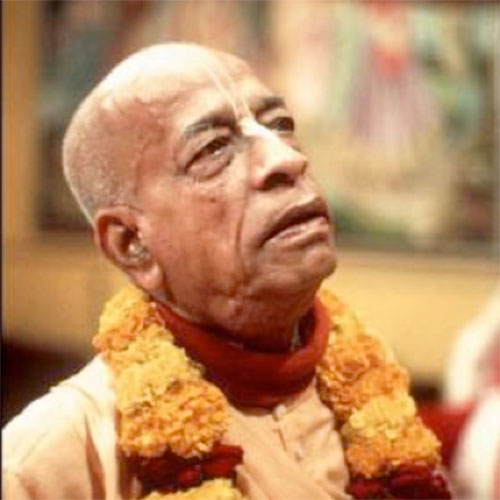 VGV commentary: Here in the third paragraph Srila Gurudeva is indicating two rasa by using the word "also".  In the GVP editions of this booklet, versions 2 thru 4 and well as all current ebook editions, the word "also" has been omitted.  You can find pre-GVP edition at http://bvml.org/SBNM/msgapb.htm .